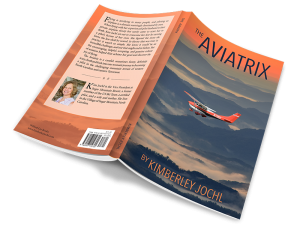 Ever since I was a little girl, being afraid was really never my problem. Timid and thoughtful was more like it. But then I grew up, and slowly but surely, flying in our Piper Cheyenne became problematic. Well, more than problematic. It scared me to death. So I earned my private pilot’s license.

Every simple task, each minor step, and every accomplishment was an emotional, psychological, and physical milestone. Neither fear nor my discouraging inner voice nor the elements of Mother Nature could distract me from becoming a pilot. I found security in my flight instructor, encouragement and confidence from my husband, an available ear from my twin sister, and rewarded myself with the pleasures of french fries, a Coke, and a cheeseburger from McDonald’s after many training sessions. Feeling like a Bond girl every now and then was hair-raising.

The process was all-consuming, every day. Seven months after my nutty idea evolved into an obsession, I became an official private pilot, and shortly thereafter, the owner of a 1969 Cessna Skylane. Being a female pilot with a red single-engine airplane had lots of advantages most of the time. For instance I could travel anytime and pretty much anywhere. Airport personnel were impressed with my vintage model aircraft. And the fact that I was a girl often got me speedy and friendly service. My parents didn’t really believe it, my older sister was scared, and some of my friends were stunned. My husband convinced me that working alongside him on the Skylane’s overhaul, the constant upkeep, and maintenance would be rewarding and educational. It was. Still is.

The Aviatrix is a candid, sometimes funny, definitely scary but straightforward, behind-the-scenes, firsthand look into the process of becoming a pilot. I tell you what most pilots, especially men, won’t dare whisper. I explain terms, concepts, and procedures in a way that even a blonde could grasp. And I think when you’re finished reading my book you’ll feel as though you can do something you never thought you could. Just like me.